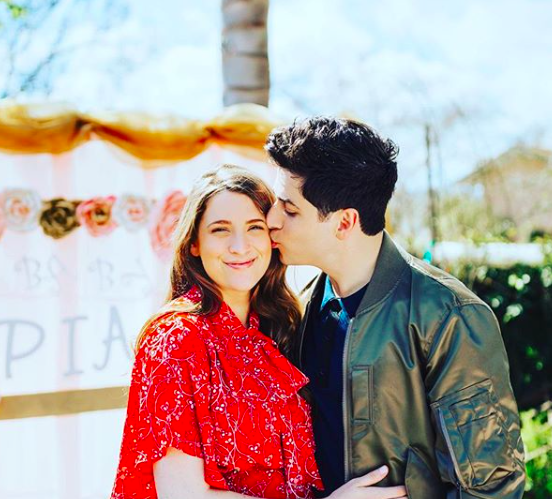 Former Wizards of Waverly Place star David Henrie and his wife, Maria Cahill Henrie, recently revealed the name of their soon-to-be-born daughter and it’s too cute.

David and Maria had a baby shower where they shared the name for their baby girl: Pia. The name Pia is Italian, meaning “pious.”

David told ET: “It’s been six decades since there’s been a Henrie girl, so we are overjoyed to welcome little Pia Henrie into the world.”

David and Maria were married in 2017; this is their first child together. In September they shared a gender reveal video, popping balloons that revealed pink glitter. David had captioned the video on Instagram: “ITS A GIRL ITS A GIRL ITS A GIRL. Im a Poppa!!!!!!! Im so overwhelmed with joy I had to share this with you guys. I’m already singing ‘I Loved Her First’. I can’t wait to sit her down on a couch and tell her a 9 season story of How I Met Your Mother.”