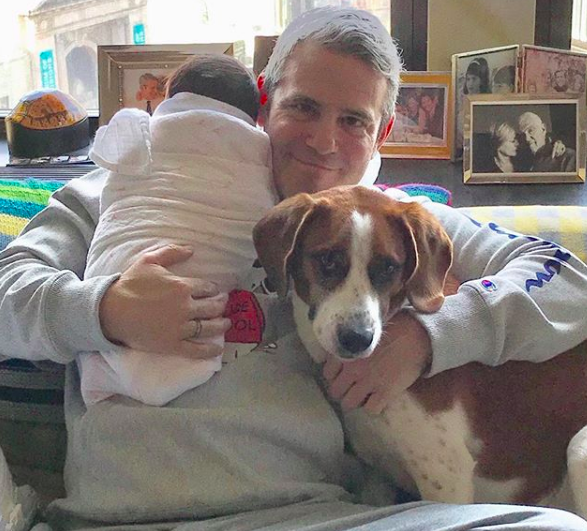 Andy welcomed a baby boy with the help of a surrogate and he was very much involved with baby Benjamin’s arrival on February 4.

He explained: “I was in the delivery room. I had been hoping that he would have a full head of hair, and he really overdelivered. That was the first thing you see, the head of hair coming out. And I was amazed.”

Andy also shared the touching initial moments he spent with his newborn, noting: “He was so alert for the first two hours. His eyes were wide open. He didn’t cry; he was just calm. I kind of have no words for it.”

The Watch What Happens Live host also explained what kind of father he thinks he’ll be, sharing: “I think I will be [a] strict [dad], but I have a sense of what to get hysterical about and what to let slide.”