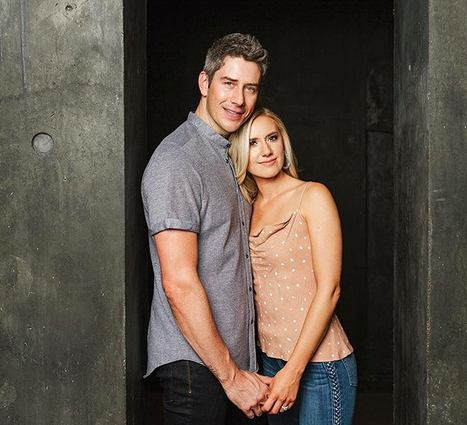 It’s a Bachelor baby alert! Season 20 The Bachelor star Arie Luyendyk Jr. and his fiancée, Lauren Burnham, revealed that they are pregnant with their first child!

The couple shared the news with Us Weekly, with Lauren telling the magazine: “I kind of had a feeling that I might be pregnant. So my friend insisted on bringing a pregnancy test over.”

She continued: “Arie came out with the test in his hand and tears in his eyes. He was like, ‘You’re pregnant!’”

They decided to confirm the pregnancy — with six more tests, just to make sure! Arie noted: “Lauren took all of them and they were all positive. We weren’t trying, but we are so excited. It’s going to be a whole new chapter in our lives.”

You may recall that Arie proposed to Becca Kufrin on the season 20 finale of The Bachelor, but broke it off with her because he was in love with the show’s runner-up, Lauren. They were engaged on the After the Final Rose special in 2016. What a whirlwind!

The couple are planning to get married in January 2019.

As for her pregnancy, Lauren said she had “really bad morning sickness and barely left he house” in October, but she’s “feeling a lot better” now.