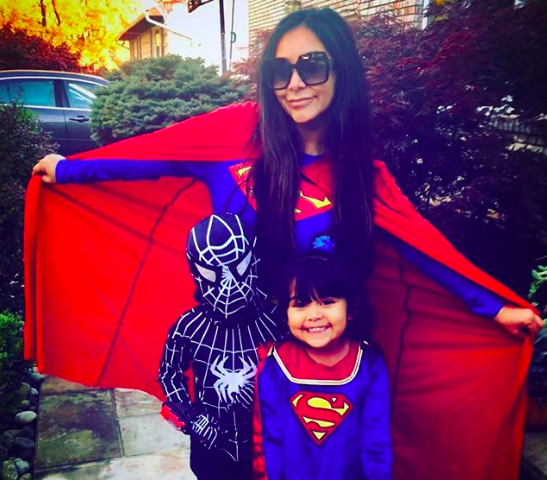 There’s another baby on the way for Jersey Shore star Nicole “Snooki” Polizzi and her husband, Jionni LaValle. Nicole took to Instagram on Thanksgiving with her adorable pregnancy announcement.

She posted a photo of her two children, Giovanna Marie, 4, and Lorenzo Dominic, 6, holding up an ultrasound photo. The caption was perfect, as Nicole noted: “What I’m thankful for this Thanksgiving. #family”

Snooki was seen taking a pregnancy test on the November 15 episode of Jersey Shore: Family Vacation when she suspected she might be expecting because she was vomiting. It was a negative result at the time.

Snooki and Jionni were married in November 2014 after a two-and-a-half-year engagement.

What I’m thankful for this Thanksgiving ❤️ 🙏🏽 #family