Celebrity Baby Names, Keeping Up With the Kardashians, Kylie Jenner 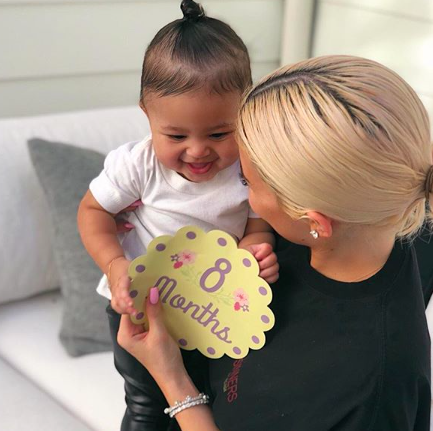 Kylie Jenner chose a rather unique name for her daughter, who was born earlier this year. But how did she land on Stormi Webster?

In a recent makeup tutorial video with James Charles, Kylie explains that Stormi’s name was a last minute change, as it took her a couple of days to decide. Stormi’s birth was announced on February 4, but Kylie didn’t reveal her daughter’s name until February 6.

Kylie explained: “I was just looking at nature names, like weather- and earth-inspired. Storm was on there — just Storm. And then I was like, I kinda want ‘-ie’ like me, so then I did Stormie with ‘-ie’.”

At the last minute, however, Kylie dropped the ‘e’ at the end, sharing: “When they called me from the birth certificate office, and I was finalizing the name, they were like ‘how do you wanna spell it?’ And I was like, ‘S-T-O-R-M-I,’ and they were like, ‘you sure?’ and I’m like, ‘yeah, just an i.’”

The spontaneous spelling change stuck, as she added, “Literally right then and there I just changed it to an ‘i.’ Then I hung up the phone and I was like, ‘damn, guess that’s her name.’”