One week after welcoming their fourth child, Kanye West and Kim Kardashian West have shared the name of their newborn son.  Kardashian made the announcement by sharing a text message from Kanye on her Instagram; it had a photo of a tightly swaddled infant and a short poem. Kardashian captioned the image with two words: Psalm West.

Psalm was born via surrogate, as was the couple’s third child, Chicago.  Kardashian tweeted the baby’s arrival last Friday, writing, “He’s here and he is perfect!”  At her baby shower a week earlier the reality TV star had admitted she was nervous to expand the family, but after the baby’s birth she wrote, “I was freaking out for nothing because he is the most calm and chill of all my babies so far and everyone loves him so much.” 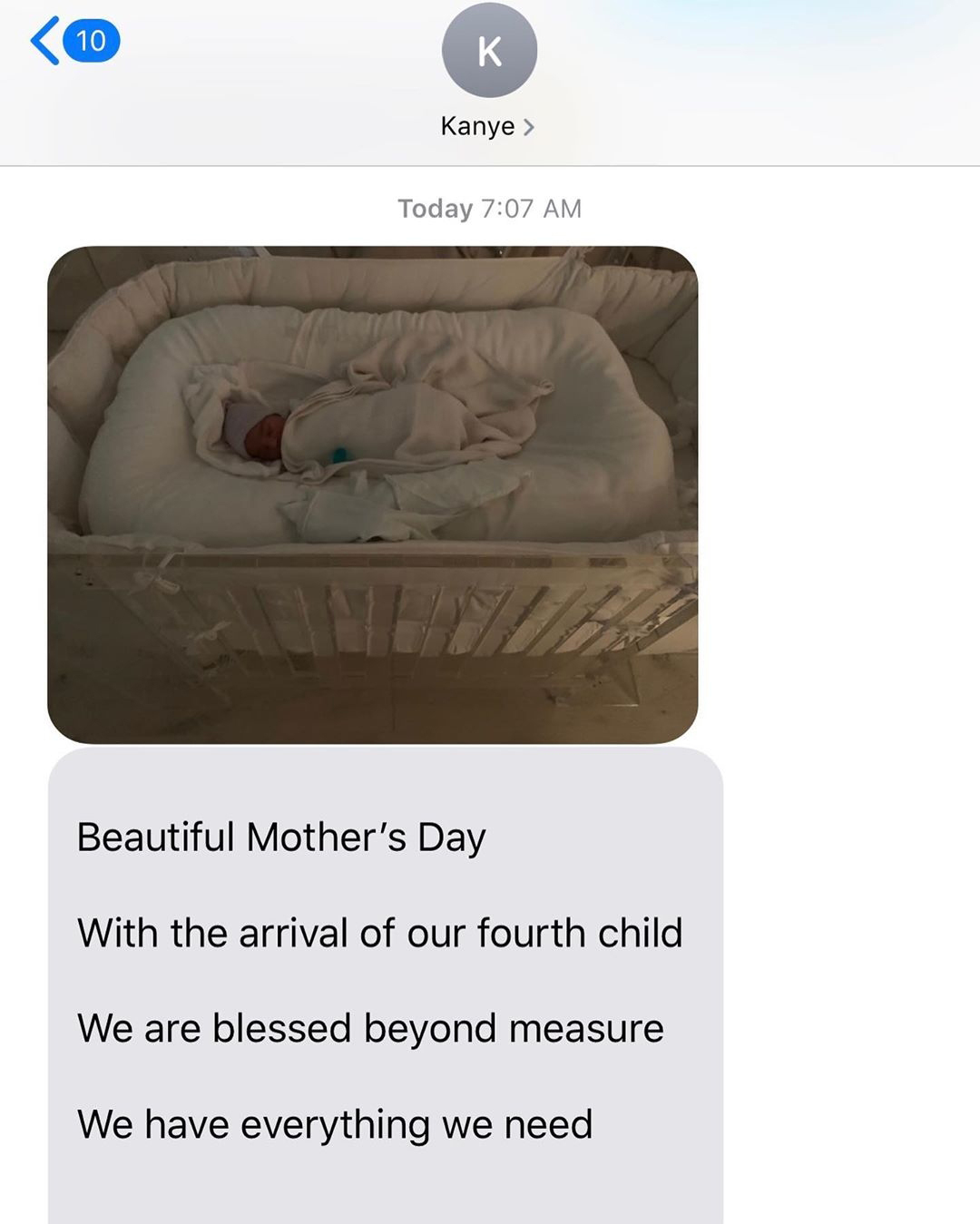