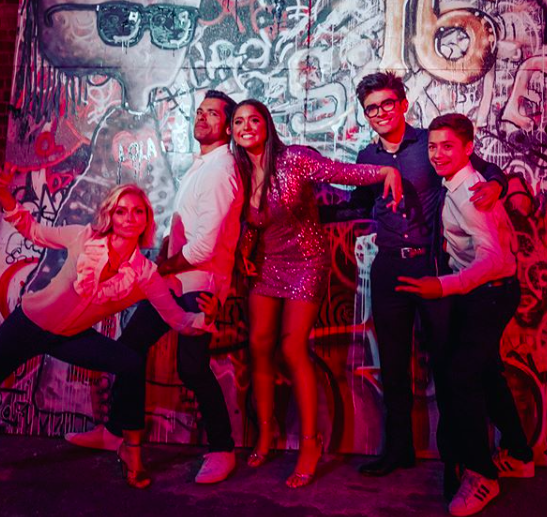 Kelly Ripa and husband Mark Consuelos have three beautiful children: Joaquin, Michael, and Lola. While they may not be little kids anymore, Kelly still shares stories about her children on her morning show, Live with Kelly and Ryan.

This morning, Kelly chatted about how she and Mark decided on their kids’ names, explaining, “I’ll tell you what we did. Michael was supposed to be named Joaquin, but right before he was born, both of Mark’s grandfathers passed away. We lost them before they got a chance to meet Michael, so we named Michael after both of his grandfathers.”

She continued, “So ‘Joaquin’ we put on hold for the next baby. But then Lola was born… Lola was named because I was in labor and ‘Copacabana’ by Barry Manilow was playing in the cab…”

She said for their third child, they decided to find out the baby’s gender in advance so they could pick a name. They knew they’d finally get to use the name Joaquin, which Mark tested by using a baseball announcer voice to say the name to make sure it was still a good fit!