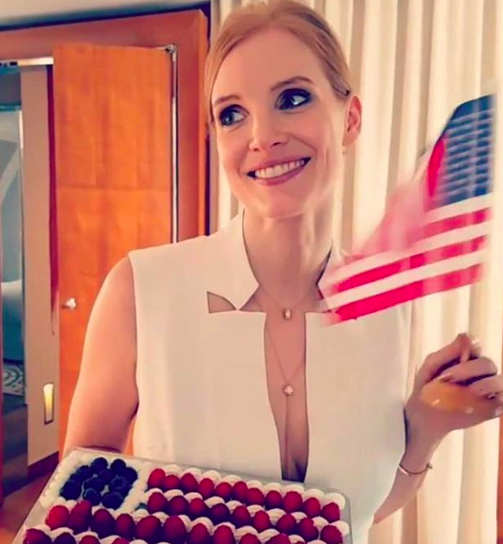 Jessica Chastain has flown so under the radar with her baby news that everyone’s just finding out about her new arrival 7 months later!

Jessica was spotted carrying Giulietta in a baby carrier this week in New York City while walking with her husband. She was also photographed last month pushing a stroller around the set of her upcoming movie Eve.

Jessica and her husband were married last June and have been together for six years. This is their first child.