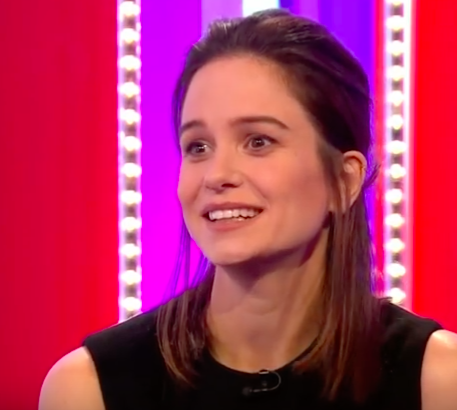 Actress Katherine Waterston found the perfect way to let the world know that she’s pregnant: she showed off a baby bump on the red carpet at the Fantastic Beasts: The Crimes of Grindelwald premiere.

Katherine opted not to make a big media announcement or take to social media to share the news as some celebs do, but instead wore a gorgeous bump hugging yellow gown to the premiere event.

Check out photos from the event at Extra.com.

She even gave her belly a touch and cradled it, which is the universal sign for “there’s a bun in the oven.”

This will be Katherine’s first child. She’s been doing plenty of press for the latest Fantastic Beasts film but her bump has gone virtually undetected until the movie’s premiere.