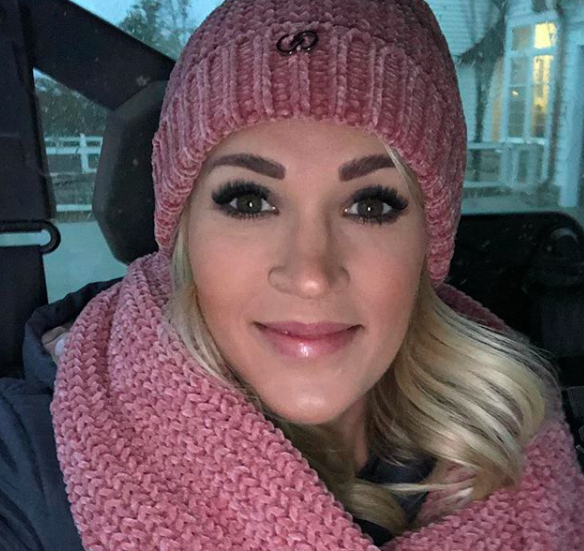 It looks like Carrie Underwood gave a massive hint about her baby’s gender during her co-hosting gig at the CMA Awards last night.

During the awards show monologue, her co-host, Brad Paisley, pressed for some baby details, saying, “Hey, you remember last time when I accidentally revealed the gender of your baby?”

He continued: “Tonight, we’re going to reveal something even more exciting. Who the father is… Mike, we’re all rooting for you, buddy. What’s your gut feeling, here, Carrie?”

Jokes aside about the father, he asked: “Seriously, Carrie, give me a baby hint,” then rattled off some country duos in hopes of getting her to spill the gender.

He asked: “Johnny or June? Keith or Nicole? Garth or Trisha? Tim or Faith? Waylon or Willie?”

Carrie, flustered by his line of questioning, then responded: “Oh, my gosh, Willie, it’s a Willie!”

Brad joked: “Carrie blew it! Trending worldwide! Way bigger than when I did it, and worse.” He was referencing the 2014 CMAs when he accidentally spilled that Carrie was having a boy.

Carrie and her husband, Mike Fisher, have a son, Isaiah, who is now 3.

No word yet on whether Carrie’s joke during the monologue was an actual confirmation of baby #2’s gender or they were just having some fun.

IT'S A BOY! Hosts @carrieunderwood and @BradPaisley open up the 2018 @CountryMusic awards with a baby gender reveal! Congrats Carrie! #CMAawards #BradBlewIt #GaryBlewIt pic.twitter.com/zJ2EWSA98c