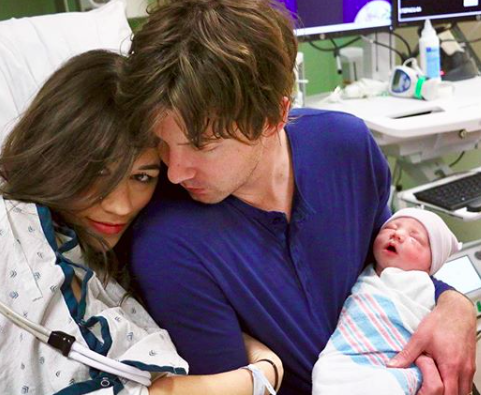 True to being a celeb YouTuber, Colleen Ballinger (a.k.a. Miranda Sings) posted a video to reveal the name of her first child with fiancé Erik Stocklin. Their little one remained nameless for a few days until they finally settled on a moniker that meant a lot to them.

With a bit of apprehension about what her fans would think of the name, she finally shared the big news… they named their baby boy Flynn Timothy Stocklin!

The name Flynn is of Irish origin, meaning “descendant of the red-haired man.”

She explained: “Naming a human is so hard. It’s a big responsibility to name someone, and then they’re gonna be called that for the rest of their life.”

Colleen added: “We weren’t the type who went through a baby book and tried to pick out a name based on what was cool.”

She also explained that the inspiration behind their decision was their families, sharing that “His first, middle and last name are all family names that mean a lot to us.”

Flynn was born on December 10, three weeks before his due date.