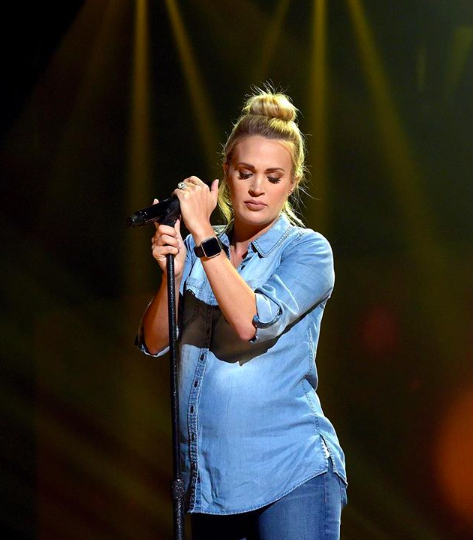 Carrie Underwood is discovering that her second pregnancy is very different from her first, calling the experience, “a little harder on my body.”

During an interview with Entertainment Tonight at the 2018 CMT Artist of the Year awards this week, Carrie gave an update on how she’s doing, explaining, “It’s definitely different than the first time.”

She added: “When they say every pregnancy is different, it really is. Just different symptoms. I feel like this one is just a little harder on my body for some reason. But it’s been really good.”

As for the baby name, well, the couple have that figured out — but they’re not telling! Carrie explained, “We have picked out a name, but we’re keeping that to ourselves right now.”

Carrie and her husband, Mike Fisher, have one son, 3-year-old Isaiah. During a September appearance on the Tonight Show, Carrie told host Jimmy Fallon that they asked their son his opinion for a baby name and his answer was adorable.

“We did ask,” Carried shared, adding “and he said ‘Isaiah Michael Fisher,’ which is, of course, his name, which, of course, would be confusing.” He had a good reason, however, as she noted: “He wants to name everything his name cause he thinks that’s special.”