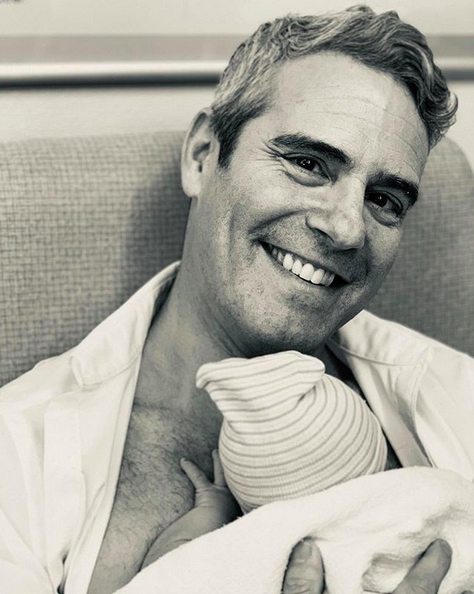 Andy, who hosts Watch What Happens Live!, announced the arrival of his first child via a surrogate.

He took to Instagram to share the first photo of his little one, with Andy seen beaming as he holds his newborn close.

The name Benjamin is of Hebrew origin, meaning “son of my right hand.”

He added: “He is named after my grandfather Ben Allen. I’m in love. And speechless. And eternally grateful to an incredible surrogate. And I’m a dad. Wow.”

Andy had announced his impending fatherhood in December, telling viewers: “Tonight, I want you to be the first to know that after many years of careful deliberation, a fair amount of prayers and the benefit of science — if all goes according to plan, in about six weeks time, I’m going to become a father.”

He revealed the baby’s sex while co-hosting a CNN New Year Eve’s special with Anderson Cooper.