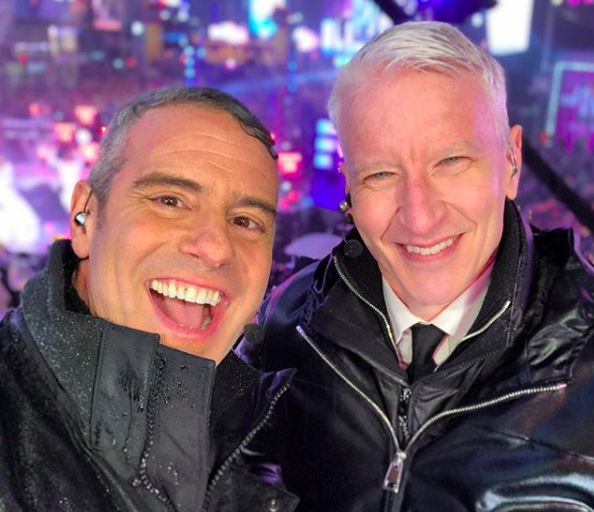 Andy Cohen has a lot to celebrate in the new year — last month, he announced he’s having a baby via surrogate and last night he revealed the baby’s gender!

During his co-hosting gig alongside Anderson Cooper on CNN’s New Year’s Eve show, Andy noted that he’ll be having a boy.

He shared during the live broadcast: “This is the biggest year for me,” adding, “It’s a boy.”

He continued: “It’s a boy and I got to tell you something, I cannot wait to meet this boy.”

The Watch What Happens Live host also noted: “When I was growing up and when we were growing up… I just never thought it would be possible as a gay man to grow up and have a family. And here we are in 2018, almost [2019], and anything’s possible. And I’m so grateful to a wonderful surrogate that I’m working with.”

He continued: “By the way, by the time it became possible, I was kind of having too much fun in my life to say, ‘I don’t think I can do this right now.’ But here I am, I turned 50 this year. It takes some people longer to get to that place. And it took me that time.”

Andy did say he has a name picked out, but would not reveal it when Anderson asked if he would share.

"It's a boy!" @Andy Cohen reveals the gender of his first child, who is expected to be born in early 2019. https://t.co/kc4HtOcDeE pic.twitter.com/APW0kjocAz