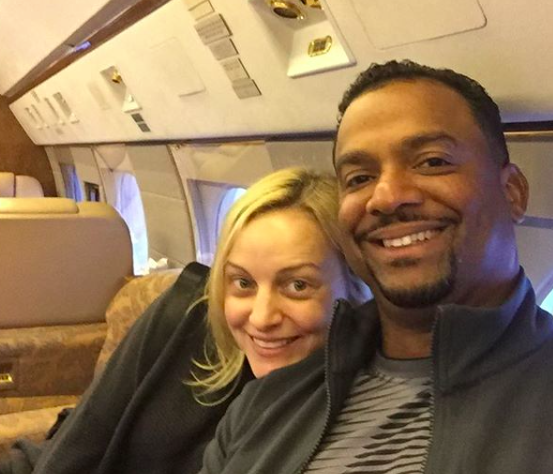 Former Fresh Prince of Bel-Air star Alfonso Ribeiro is expecting his third child with his wife, Angela. Alfonso is best known for his role as Carlton on the hit 90s TV show.

The couple told Us Weekly about their upcoming addition, explaining to the magazine: “We’re super excited! The kids were so happy to pose for our pregnancy reveal photo.”

In the photo that was posted on Instagram, their kids, Alfonso Jr., 5, and Anders, 3, line up with mom to show off their fake bumps. Angela stands behind them, with a hand on her real baby bump.

She captioned the photo: “Guess which bump is already kicking?? Baby Ribeiro due Spring 2019 #expectinganother #babybump.”

Angela told Us Weekly: “Three little boys would be great, but so would a little girl. Of course we really just want a healthy baby — that’s what matters.”

She added: “AJ would love a baby sister and Anders wants it to be a baby puppy.”